If you have tea cups and a whisk, you can make simple matcha, but for tea ceremonies, more tools are needed.

This article will show you some of the tools used in tea ceremonies.

Tools guests use in tea ceremonies 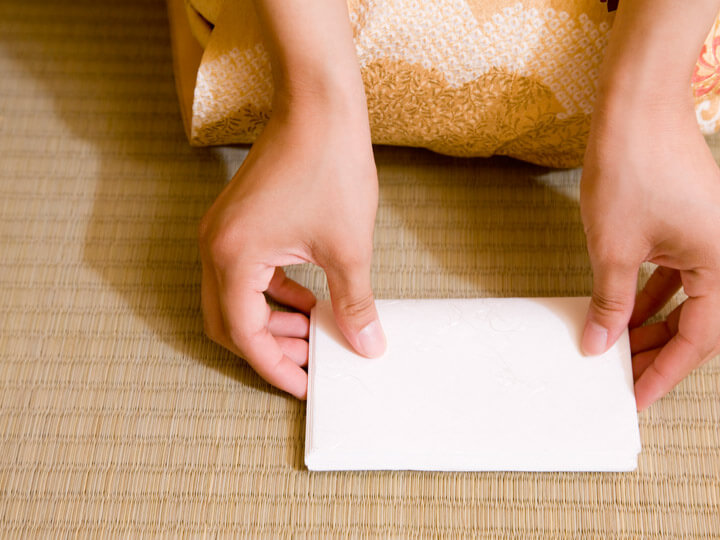 A small folding fan used in tea ceremonies. It’s left unfolded. When greeting people, it’s used. It expresses modesty. Even if it’s hot, the fan may not be used.

Kaishi is paper used for cleaning one’s hands during the time when tea sweets are distributed and while the tea is being made. Guests take some paper and put it in a cloth case and put that in their pockets. The kashikiri is a pick used when eating tea sweets.

A cloth bag set next to the seats. It’s used to store the kaishi, fukusa (see below), one’s handkerchief, or other articles of value.

Tools used during the ceremony 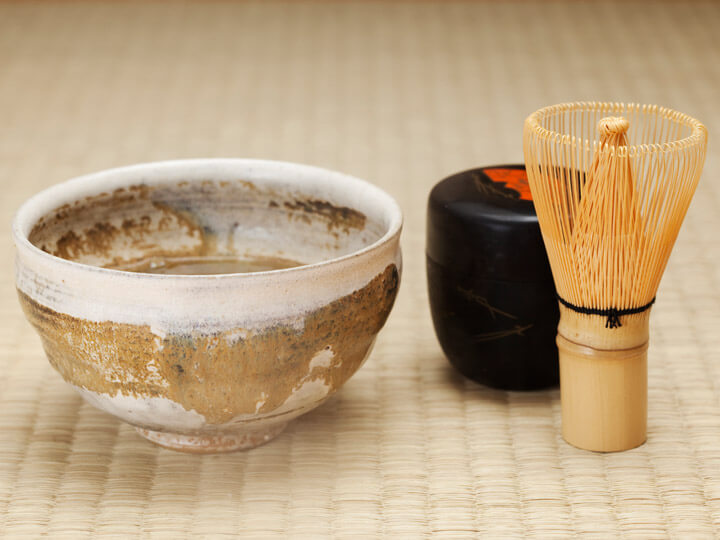 A cloth for cleaning the chashaku (tea scoop) or other utensils. The colors for men and women are different.

A container for holding matcha’s thin tea powder. It’s called a natsume, which is named after a berry from a lacquer tree called jujube.

A bowl for putting thick tea in. It’s put inside a cloth bag.

A tool used for scooping matcha out of the natsume or cha-ire. It’s one of the most important tools in tea ceremonies.

A ceramic pot for drinking tea. Any kind of pot is fine for thin tea, but for rich tea only a solid color is used.

A tool made out of bamboo used during the tea ceremony. Depending on the ceremony style, the shape and type of bamboo may vary.

Used by the person who makes the tea to clean the Cha-wan and is moistened and put into the cha-wan folded up.